LICENCES IN A MINUTE 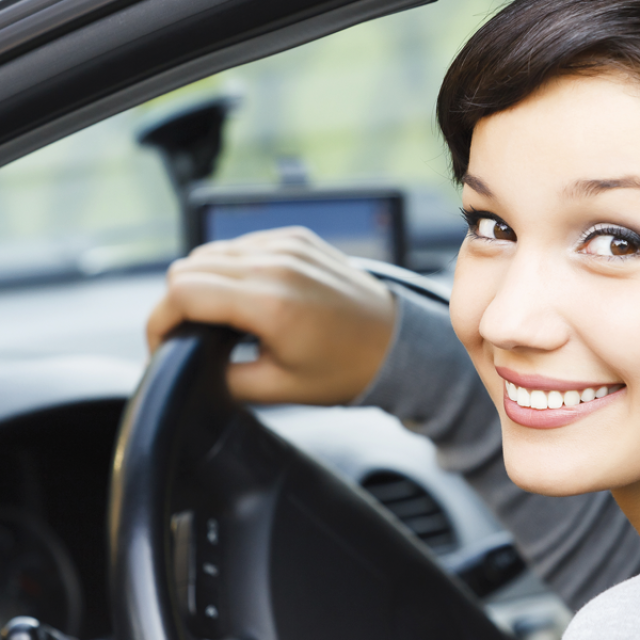 Renew, obtain, or exchange your driving licence (or any other) with our new available service. 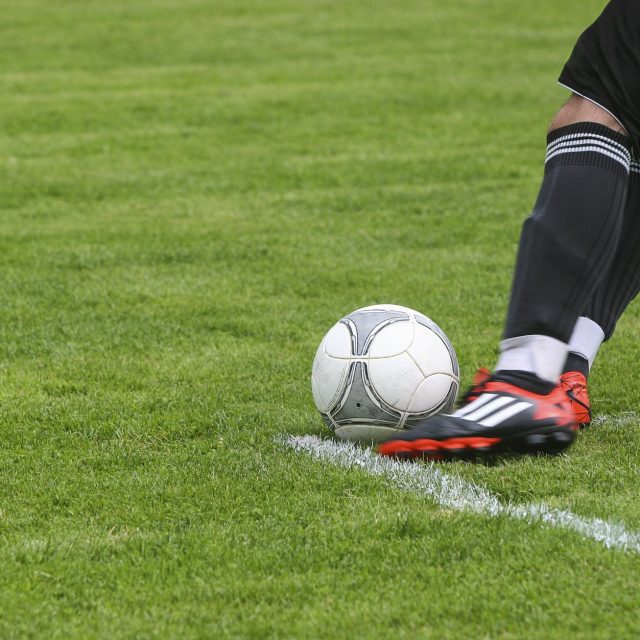 Pass your football medical checkup quickly and without any tedious paperwork in Clínica La Siesta. 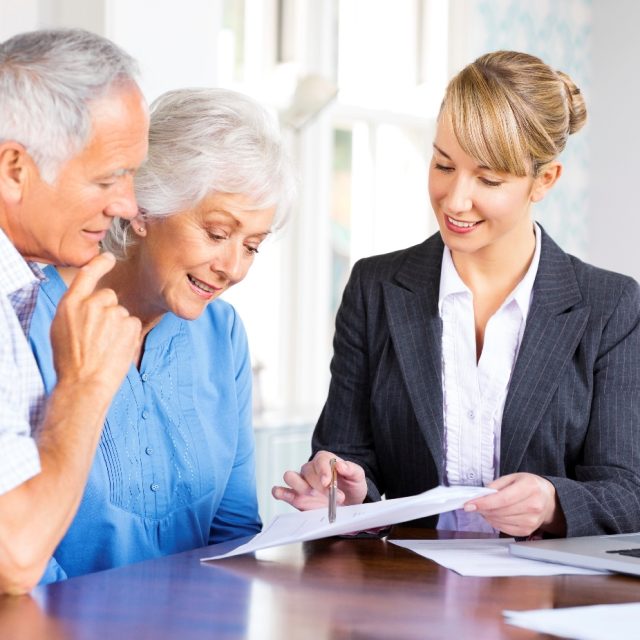 Find a perfect health insurance for you with the help of our specialists. 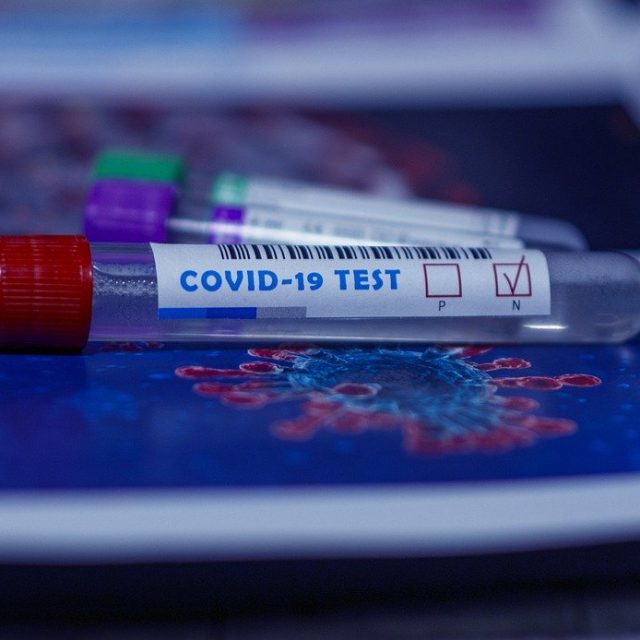 Our General Practitioners provide high quality primary care. They can manage all aspects of your health concerns and needs.

A feeling of insecurity about your smile can affect the way in which you behave and how you are perceived by others, personally and professionally.

Our specialists are fully prepared for developing and implementing state of the art techniques to diagnose and treat bone and joint disorders.

Our therapies are based on the modern techniques as well as those that have shown to work best to solve the problems in the psychological, emotional and behavioural fields.

Our aim is to provide high quality, affordable physiotherapy solutions and deliver effective treatment results in an honest, ethical and professional manner.

Nurses at Clinica la Siesta play a pivotal role in the provision care of our patients.

The chiropodists at the clinic are skilled professionals in assessing the needs of their patients and managing both chronic and acute conditions affecting foot and lower limb function. 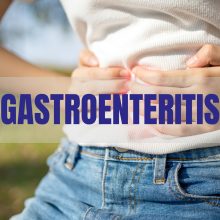 Acute gastroenteritis, also known as stomach flu, is a disease caused by infection of the gastrointestinal tract. Symptoms include: – Diarrhea (without any blood)– Nausea and vomiting– Headache– Muscle and stomach aches– Exhaustion– Fever 1) Bacteria and parasites that we could ingest together with undercooked contaminated food, for example, pork. 2) Viruses such as rotavirus, adenovirus, astrovirus, and norovirus. The first three mainly affect babies and young children, while the norovirus is the main cause of gastroenteritis in adults, although it affects people of all ages. It is mostly responsible for the epidemic of viral gastroenteritis. Norovirus outbreaks can occur all throughout the year. Infected people commonly experience nausea, vomiting, diarrhea, abdominal pain, fatigue, headaches and muscle aches. The symptoms of stomach flu appear in the first 2 days after the contact with the virus and last for 1 to 3 days. It is very easy to confuse viral gastroenteritis with gastroenteritis caused by bacteria or parasites since they manifest very similar symptoms and evolution. This disease is very contagious, so it is likely that if you have suffered from it, there have been other people in your circle who have also been affected. How to fight gastroenteritis: If you are NOT an elderly person or a baby, you will probably recover without any complications in a couple of days. However, you need to seek medical attention in the following cases: a) if you have not been able to drink water without vomiting for more than 24 hoursb) if you have been vomiting or had diarrhea for more than 2 daysc) if you are vomiting bloodd) if you are dehydratede) if you have noticed blood in your stoolf) if you have a severe stomach acheg) if you have a fever higher than 40°C You should go to the emergency department of your hospital or health center if you have been vomiting more than 4 times in a row to stop the vomiting and prevent the risk of dehydration. Your medical specialist will most likely prescribe you the following: a) To stay at home until the symptoms disappear; b) To take an oral rehydration solution for 1 day; c) To take probiotics for 1 week; d) To drink plenty of water and infusions; e) To follow a special diet for at least 3 days: The foods you are allowed to take: Broth, white rice, pasta soup, boiled or mashed carrots, white bread (also toasted), boiled or grilled white fish, lean meats such as boiled chicken or beef, boiled eggs, grated apple, bananas, natural yogurt, cold cuts (ham, turkey, chicken), mashed potato. The foods you should avoid are milk, fruits and vegetables, especially green leafy vegetables (chard, spinach, lettuce), sweets, juices, soft drinks, alcohol, and caffeine. In the case of bacterial gastroenteritis, prevention is done by washing hands thoroughly before cooking, cooking the foods well, and refrigerating them as soon as possible after they reach room temperature. Avoid using raw eggs, or use pasteurised eggs instead for mayonnaise and sauces preparation. When a person who gets infected with gastroenteritis is in the risk group, such as children, the elderly, or people who suffer from diabetes, they should be watched closely because they tend to dehydrate more easily. 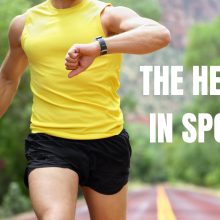 The heart in sport

Changes in the structure of the heart due to sport The athlete’s heart gradually adapts to dynamic and intense exercises. They cause both the blood pressure and the volume of the cavities to increase. In order for the heart to adapt, it is necessary, in the first case to lengthen the heart muscle by dilating the cavities, and in the second to thicken the heart muscle (also known as hypertrophy). The set of changes in the shape of the heart in response to changes in pressure or volume, is what is called cardiac remodeling. Classically, athlete remodeling has been divided into two groups, depending on whether dilatation or hypertrophy predominates. However, in all trained people both types of remodeling appear to a greater or lesser extent. In the hearts of young athletes, the most frequent (almost 50% of cases) is dilatation and hypertrophy of the right ventricle, with the goal of pumping more non-oxygenated blood to the lungs and obtaining more oxygen back to the left ventricle to be pumped to the body muscles. This is achieved by lengthening, thickening, and increasing the elasticity of the heart muscle. This way, it is possible to pump much more blood per minute without hardly increasing the pressure inside the cavities. Cardiac remodeling allows the heart to increase the volume of blood that it pumps with each beat, so it needs to beat fewer times per minute to do the same job. In other words, it becomes more efficient. This affects both ventricles, but in the right ventricle, the change is more visible. In addition, cardiac remodeling is accompanied by an improvement in vascularity so that the heart muscle, better nourished by blood vessels, is more resistant to physical stress. In a practical way, what we see in the electrocardiograms is usually a drop in the heart rate and a lengthening of the ventricular contraction time to around 10 milliseconds or less (more ventricular mass requires more time for the contraction), which in the right ventricle results in the appearance of a second positive wave called the R-prime wave in the ventricular complexes in V1 and V2 (which are the septal leads that explore the right side of the heart). The morphology of the rSR’ complexes that do not exceed 0.12s of contraction time is what is called IRBBB (incomplete right bundle branch block). Sometimes this phenomenon is less apparent and remains only in small notches in the rising branch of the S wave. IRBBB is asymptomatic and insignificant. It shows how the heart adapts to the physical stress to become more efficient. Only if it lasts for more than 0.12s (and especially if it reaches 0.14s) can we speak of the complete block (CRBBB), which requires more detailed study with an echocardiogram. Football players from the Football Federation of Comunidad Valenciana have to pass a medical examination every two years. At Clínica La Siesta, as part of the examination, an electrocardiogram is performed to control the state of health of the heart. Every year, many cases of incomplete right bundle branch block are detected among athletes. 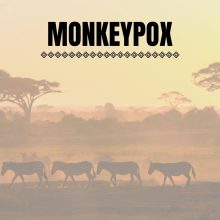 Is it a new disease? Monkeypox is not a new disease. The first case was recorded in 1970 in the Democratic Republic of Congo, in a 9-month-old child. However, this disease has always only prevailed on the African continent. In the past, there has been only one case of outbreak of this virus in the West recorded. It took place in the United States in 2003, and traceback studies have concluded that the likely source of infection was the shipment of wild rodents from Ghana to the U.S. Recently, the first case of monkeypox was recorded in the United Kingdom, detected on May 7, 2022 in an individual who had previously traveled to Nigeria. Whereas the first fatal case of monkeypox this year was recorded on May 30, 2022, in Nigeria. Is it very contagious? It is not a very contagious disease, compared to COVID-19, for example. At least for the moment. The ways of getting infected vary from contact with surfaces that were touched by the infected person (so the disinfection measures that we have been perfecting during the pandemic will come in handy) to close physical contact (enough to exchange bodily fluids, e.g. saliva or genital fluids). genitals). To date, all recorded cases of transmission have been through sexual contact. People who have characteristic rashes of this virus on their bodies are contagious, but people who have not yet shown any symptoms can also be contagious, and this is potentially more dangerous and problematic. What are the symptoms? Who are the people at risk? Is it going to become more contagious and more dangerous with time? Scientists can only speculate at the moment. Some say that with each infection the virus becomes less aggressive and less contagious, and others fear that it could mutate and become much more aggressive. At the moment, there have been too few cases to say anything with certainty. Monkeypox can pose a potential danger to the population, because many people are not vaccinated for smallpox; those who are have been vaccinated before 1982, and immunity wanes over time. According to statistics, the disease has a mortality rate of 3-6%, and this rate is lower among vaccinated people. However, we should keep in mind that almost all of the monkeypox outbreaks have been in Africa where fewer health resources are available to people. So it is very likely that in the case of spread of the disease, the mortality rate will not be as elevated. Pandemic 2.0? Governments are already purchasing smallpox vaccines to administer to those at high risk of complications due to compromising health conditions and those who may have been in contact with an infected person. Medics continue to say that the risk of the disease spreading remains low. Furthermore, the transmission of monkeypox can be prevented with basic safety measures that we are unfortunately already used to.